Beware of the Blue Whale Challenge

You may have heard of the Blue Whale Challenge, a “game” that kids are playing online that entices them to do increasingly dangerous tasks with the ultimate goal of causing a suicide. It’s a horrific game that started out in Russia and has made it’s way to the US recently.

If you’re a parent of a young child, tween or teen you’ll want to learn all you can about this game so you can recognize it before it has progressed to dangerous levels.

What is the Blue Whale Challenge?

The Blue Whale Challenge was created by Phillip Budeikin who is a 21 year old Russian. He claims he created the game to cleanse society. Budeikin is currently in prison after pleading guilty to inciting at least 16 suicides.

The Blue Whale Challenge is an internet game with 50 tasks assigned to those who want to play, the final task is that the player commit suicide. Each task builds on the previous one and  is a means of manipulating, controlling and eventually goading the player to commit suicide. Tasks include variations of self harm, sleep deprivation, risk taking, and watching hours and hours of horror movies – each getting progressively worse until a susceptible child can be enticed to commit suicide.

While it is certainly terrifying for a parent to discuss something like this with their child — for fear they may seek out the game that they hadn’t yet heard of — it’s important to discuss with kids the dangers of these kinds of games, what it means to be manipulated and to discuss depression and suicide. Let your child know you are there to listen to any concerns they may have and if they are being pressured to play the game that it is safe for them to tell you so you can help.

Young kids want to fit in, and there will always be ‘games’ like these for parents to worry about, so it’s important to impress upon your child that peer pressure isn’t something they have to give in to, especially when the goal of the game is to commit suicide.

For more information about The Blue Whale Challenge and helping your child avoid it, please check out these resources:

How to Talk to your Kids about Suicide

The Cyber 7 Tips for Online Safety 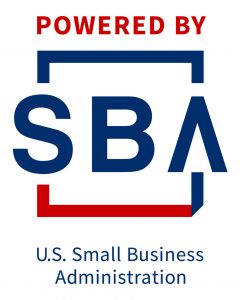